NEW YORK, Jan. 7, 2020 /PRNewswire/ — The Board of Directors of Ascend, a career lifecycle organization for Pan-Asian business professionals and executives, announced that Jeff A. Chin, Founding President, has completed his transition as President of the Board of Ascend and Ascend Foundation.  As an original founder and recognized leader of Pan-Asian professionals across industries and professions, Jeff led Ascend to its current prominence.  He is passionate about diversity and the importance of giving back to the Pan-Asian and business communities.  Prior to Ascend, Jeff, a retired partner of Ernst & Young LLP, spent almost 30 years with the firm, of which over 18 years were as Partner.  Ascend celebrates its 15th year anniversary in 2020. 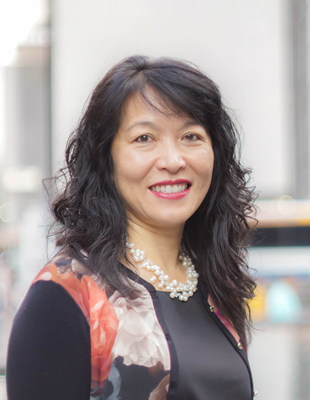 The Board has named Anna W. Mok as President of Ascend, effective January 1, 2020.  Most recently, Anna served as President-Elect of the Ascend Board and is a Partner at Deloitte & Touche LLP.  Anna was the first Chinese-American woman admitted to partnership at Deloitte & Touche LLP, elected as Chairwoman of the Commonwealth Club of California (CWC) and as Chairwoman of the United Way Bay Area.  Anna is an active community leader in the Committee of 100, CWC, United Way, American Leadership Forum, and on other nonprofit boards and advisory councils.  Her volunteer work focuses on enabling others, especially women and minorities, to achieve their full economic, educational and professional potential.  Anna possesses a rich history of experience at Ascend including co-founding Ascend Pinnacle, a program launched to focus on Asian American corporate board directors and being the Founding President of Ascend Northern California.

«I want to thank the Ascend partners and sponsors, chapters and members, Board of Directors and our staff for joining me on this incredible journey.  Together, we built Ascend based upon the needs of our community and created an organization that today spans the US and Canada, but we are just beginning.» said Jeff Chin.  «Under Anna’s leadership, I know that we will continue to evolve and our members and community will achieve their aspirations and drive positive impact.  Ascend is in great hands.»

Ascend is the largest, nonprofit Pan-Asian membership organization for business professionals and executives in North America. Established in 2005, Ascend, a career lifecycle organization, reaches 60,000+ senior executives, professionals, and MBA/undergraduate students involved in its 50+ chapters in the United States and Canada. Visit http://www.ascendleadership.org for more information.