NEW YORK, Jan. 12, 2021 /PRNewswire/ — The Ford Foundation today announced Anthony Bebbington as International Director of its Natural Resources and Climate Change program based in New York. In this role, he will lead the team that oversees Ford’s global work supporting rural, low-income, indigenous, traditional, and Afrodescendant communities in the Global South who play a key role in mitigating climate change, work toward better governance over natural resources in their territories, and fight for their land rights. Bebbington began his position in January 2021 at the start of the new year, succeeding former International Director Penny Davies. 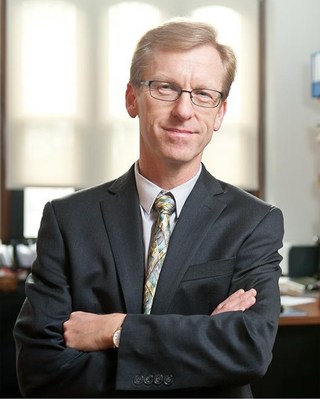 Bebbington joined the foundation from Clark University where he taught as the Milton P. and Alice C. Higgins Professor of Environment and Society. Concurrent to his position at Clark, he served on the board of directors at Oxfam America and chaired the Programs Committee. An internationally recognized leader and scholar on extractive industries and natural resource governance, Bebbington brings more than 35 years of experience working with indigenous and rural communities, civil society, the private sector, and policymakers. His work has analyzed how extractive industries have transformed rural territories and how social conflicts have driven changes in environmental governance.

«We are thrilled to welcome Anthony to the foundation. He has been an extraordinary partner, helping to inform our work on natural resources and climate change over the years,» said Darren Walker, president of the Ford Foundation. «Inequality and climate change are inextricably linked. The same economic forces that worsen climate change also deepen inequality for low-income, indigenous, traditional, and Afrodescendant communities worldwide. It’s time for all of us to support these communities who are fighting for their rights and to see the connections between how we treat people and how we treat the planet. I look forward to Anthony’s leadership in deepening our work on this front.»

Bebbington’s focus on natural resource extraction, rights, and the environment grew out of his earlier research on small-scale agriculture, rural livelihoods, social and indigenous movements, and the changing role of nongovernmental organizations. In the course of this research, he became increasingly aware that the growth of the mineral and hydrocarbons economies was transforming patterns of resource access, livelihood options, and subnational political dynamics. Since then, he has collaborated with groups including Global Greengrants Fund, Rimisp, the Peruvian Center for Social Studies, and Oxfam to address the drivers of conflict surrounding resource extraction, the conditions under which conflict leads to change in the governance of extractives, and the relationships between extractives, infrastructure, human rights, and local development.

«Working on issues facing rural and indigenous communities confronted by compounding forms of inequality has been central to my life’s work. I’m honored that the foundation has entrusted me to help carry forward its mission to reduce inequality in all its forms and ensure that communities closest to today’s pressing issues can shape decisions that affect their lives,» said Bebbington. «I’m truly excited to join a talented and committed team and share the lessons I’ve learned throughout my career.»

Bebbington has had a distinguished career as a scholar, a researcher, teacher, policy analyst, and advocate. He was Director of the Graduate School of Geography at Clark University from 2010 to 2017, and was elected to the National Academy of Sciences in 2009 and the American Academy of Arts and Sciences in 2014. In addition to a long career in academia at Clark University, University of Melbourne, University of Manchester, and University of Colorado, he also held leadership positions at the World Bank and at non-profit think tanks focused on natural resources and development, including the International Institute for Environment and Development and Overseas Development Institute, both in London. Over the last ten years, Bebbington has served as an advisor to Ford in numerous capacities which helped inform our work on resource extraction and governance.

«With renewed efforts around the world to mitigate the climate crisis, jumpstart equitable recovery, and build a path to energy transition, Anthony is joining the foundation at a critical moment,» says Martín Abregu, vice president for International Programs. «Anthony’s scholarship and collaborations with all sectors of society around land economy and community rights will be invaluable to our efforts to ensure that natural resource governance serves the public interest and reflects the aspirations of rural, low-income, indigenous, traditional, and Afrodescendant communities who claim customary rights to their land or have secured land rights.»

Bebbington earned a Bachelor of Arts from Cambridge University, a Master’s and doctorate degrees from Clark University, all in the field of geography and land economy. He has published numerous books, including Governing Extractive Industries: Politics, Histories, Ideas (OUP, 2018, with others); Subterranean Struggles: New Dynamics of Mining, Oil and Gas in Latin America (University of Texas Press, 2013, with J. Bury); Social Conflict, Economic Development and Extractive Industries: Evidence from Latin America (Routledge, 2012); and Mineria, Movimientos Sociales y Respuestas Campesinas (IEP/CEPES, 2007). His numerous accolades over his career include the Distinguished Scholarship Honors award by the American Association of Geographers and fellowships from the Guggenheim Foundation, the Centre for Advanced Studies in the Behavioral Sciences at Stanford, the UK’s Economic and Social Research Council, the Australian Research Council, and others.

The Ford Foundation is an independent, nonprofit grant-making organization. For more than 80 years it has worked with courageous people on the frontlines of social change worldwide, guided by its mission to strengthen democratic values, reduce poverty and injustice, promote international cooperation, and advance human achievement. With headquarters in New York, the foundation has offices in Latin America, Africa, the Middle East, and Asia.