NEW YORK, March 22, 2018 /PRNewswire-iReach/ — The 2016 election was one that has now gone down in history as one of the most propagandized stunts to ever hit American politics. With Russian trolls openly admitting to posting negative remarks about Hillary Clinton, dark money groups like Cambridge Analytica being investigated for data harvesting and negatively swaying voters, and the undeniable impact of propaganda, it’s becoming increasingly difficult to figure out what sites are even remotely trustworthy. 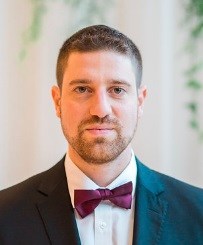 Discussing politics has never been more crucial in American history, but it’s not easy to do. If anything, it’s clear that multiple groups are doing what they can to try to divide Americans and hurt the ability to have open political discourse. There are more people than ever before who want to participate in the discussion, but feel discouraged because they either are worried about negative consequences or are concerned that no one «real» is answering them.

AllyUs.org is a new social media site that is looking to change that issue. Founded by Ben Shahin, a seasoned Entreprenuer, who launched the network in order to help bring power back to the people.

By using location-based polling and disabling the ability to downvote opposition, AllyUs is designed to be a non-partisan, non-polarized social media politics site that encourages people to participate in the political process. Users get to debate each point asks by a two-tiered argument system.

To help add a political impact, petitions can be tied to questions that are asked by users. When the petition gains enough traction and signatures, it then gets automatically sent over to the government body in charge of that issue.

Politicians get to open up their own accounts and get a direct discourse with their constituents. All users have two profiles – a public and an anonymous one. This allows you to talk about pressing matters without worrying about repercussions. Everyone sees the demographics, adding transparency to the entire process.

Users are allowed to flag fake news, and known propaganda groups are not allowed on the site. AllyUs is also strictly against selling personal data, and uses blockchain ledgers to ensure that outside influences stay out.

With a more local approach to politics, AllyUs hopes to improve the way politics works and add new transparency into the process.